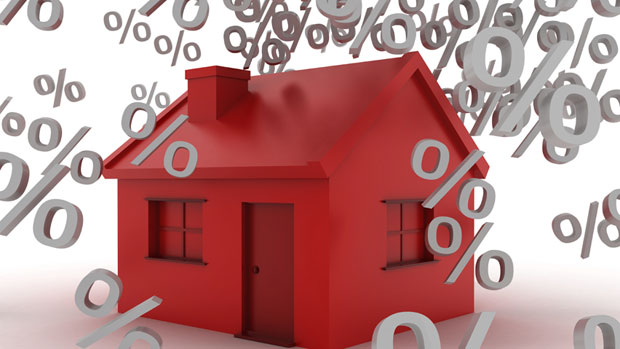 People without a 20% down payment will be paying more to buy a house. Come May 1, the nation’s largest default insurer is bumping up its standard premiums by 0.10 to 0.40 percentage points. It's the first hike to homeowner insurance premiums since 1998.

Stated income applications will be charged even more.

For the average borrower with 5% down, that makes home buying $992 more expensive (plus interest if the premium is rolled into the mortgage, which it usually is).

The average CMHC insured mortgage at 95% loan-to-value was $248,000 in 2013. CMHC says this will raise that homeowner’s monthly payments by about $5. Not too agonizing.
The impact of this news is negligible unless you’re putting down less than 15%. At 85% LTV, for example, the extra premium is only $125 on a $250,000 25-year mortgage at 3.49%.
The two other private insurers haven’t announced whether they’ll match CMHC’s increase but it’s a likely bet they will. Rising targets for capital and return on equity and a potentially riskier housing market have warranted higher premiums for a while.
“Recognizing the last price increase was in the 1990’s and in light of increasing capital requirements over the same period of time, we view this as a prudent step being taken,” says Canada Guaranty CEO Andrew Charles.
CMHC does not anticipate a significant change in volumes leading up to the effective date (May 1), said Steven Mennill, Vice-President, Insurance Operations at CMHC. But if our past experience is a guide, consumers may front-run these changes based on the perceived cost increase.
Long term, CMHC is spot-on in saying “The premium increase is not expected to have a material impact on the housing market.” You’d have to be on the very edge of affording a home for this to affect you. As such, the company expects no impact on its homeowner insurance volumes. (In 2013 CMHC insured 192,000 residential homeowner units.)
Mennill also clarified that, “This is not a Department of Finance initiative. This is a CMHC business decision based on our annual review of premiums.”
On a side note, CMHC’s move could boost the volumes and earnings of lenders serving the uninsured market, like Equitable Bank and Home Trust. Their lender fees, which are basically self-insurance premiums, suddenly become more competitive vis-ŕ-vis insured financing. This assumes that non-prime lenders don’t take this opportunity to lift their own fees.

- Existing insured borrowers are unaffected by this news (unless they increase their insured mortgage later).
- CMHC’s fee hikes apply to owner-occupied, self-employed and 1-to-4 unit rental property applications.
- Self-employed borrowers without traditional income validation (i.e., stated income borrowers) will see an even bigger fee increase. On stated income applications of 85.01% to 90% LTV, homeowners will pay 70 basis points more than today. That’s $1,750 more on a $250,000 mortgage, plus interest if the premium is rolled into the mortgage.
- Those submitting applications to CMHC before May 1 get the existing lower premium.
- Note that “complete borrower and property details must be submitted to CMHC” before May 1 to qualify for the old premiums, including the property address.
- CMHC says the borrower’s closing date will have no effect on the premiums charged to the client.
- Going forward, CMHC will start announcing any changes to its premiums in the first quarter of each year.